Peter qualified as a solicitor in June of 2011 and joined Meikles in November 2014 as an assistant solicitor.  His career at Meikles progressed rapidly and he became a partner in April of 2017 and the head of the Criminal Law department in November of 2019.  Alongside his busy criminal practice, Peter takes on a number of contractual roles within the firm; he is a qualified criminal supervisor, manages our criminal contract and is also our deputy money laundering officer. Peter is also an Independent Costs Assessor for the Legal Aid Agency.

Peter is a very experienced solicitor who has dealt with cases across the full spectrum of Criminal law, Road Traffic offences and Armed Forces proceedings including those at Courts Martial.

He is a Solicitor-Advocate meaning that he has represented defendants from police interviews, the Magistrates’ Court, the Crown Court and Court of Appeal. Peter is also available to represent service personnel during Interviews Under Caution both in the U.K and abroad, and at all stages of Courts Martial proceedings.

Peter has represented clients at thousands of police interviews for the least serious up to the most serious offences, including for example; rape, attempted murder, wounding with intent, conspiracy to defraud, conspiracy to supply a controlled substance and Modern Slavery Act offences to name a few.

He regularly represents clients before the Magistrates’ Court and is an active trial advocate with a high acquittal rate. He is also an experienced advocate in the Youth Court and conducts trials for such clients, again he covers serious offences including those of a sexual or violent nature and arson.

Throughout his career Peter has obtained a wealth of experience in representing clients in Crown Court matters. Peter has acted in matters which have had complex issues including, for example; causation of injuries in a baby shaking prosecution, analysis of cell site telephone data in a burglary conspiracy, causation of injury in a manslaughter prosecution, analysis of telephone downloads in a rape prosecution, obtaining an expert report to undermine the mechanics of an injury alleged, obtaining psychiatric reports concerning fitness to plead. Details of relevant cases are set out below.

He has a reputation of being a conscientious and thorough lawyer who works hard to secure the best results for his clients.

Peter also regularly represents clients in the Magistrates’ Court for Road Traffic matters.  He has successfully challenged prosecutions brought under legislation prosecuting motorists who are suspected of having driven a vehicle whilst they have had a controlled drug in their system over the legal limit.

Additionally, Peter has a very high success rate in running special reasons arguments to not impose points or disqualify and also in respect to exceptional hardship applications for people who wish to keep their driving licence after acquiring 12 penalty points or higher.

Peter has represented service personnel, including those in the army, air force and navy in multitudes of interviews under caution and our firm has gone as far as Kenya and Cyprus to represent those accused of criminal offences and associated offences under the Armed Forces Act 2006.

He also has experience in representing service personnel in the Courts Martial conducting advocacy and litigation covering a wide variety of offences, including those of dishonesty, serious sexual offences, serious violence and all offences under the Armed Forces Act 2006.  He is an experienced advocate with a good reputation at the local Court Martial centre in Catterick Garrison.  Whilst predominantly our Court Martial work takes place at Catterick Garrison, Peter is also able to attend Bulford Court Martial Centre.

Peter is fully aware that those members of the armed forces often have their careers at stake when appearing before the Court and as such he ensures that any case he deals with is fully prepared and all avenues of enquiry are followed up, references are obtained when necessary and any other action necessary is undertaken.

R v F – Litigated in the successful defence of a teenage boy in the Youth Court accused of rape, bad character of the complainant and a successful S41 application critically undermined the complainant’s account;

R v H – Represented defendant accused of using a motorbike with no insurance witnessed by two PCSOs, case dismissed at half time following cross examination demonstrating the officers had copied each other’s statements and denied the same under oath;

R v H – Litigated in the successful defence in a case of grievous bodily harm with intent by utilising a joint opinion from a biomechanical and textile expert to undermine the complainant’s account that the defendant had tried to hand her from her leggings;

R v C – Litigated in this matter in the successful defence of a father accused of shaken baby syndrome, after obtaining expert evidence to undermine the Crown’s case the matter was discontinued;

R v B – Represented a soldier who had gone AWOL on four previous occasions, the last of which lasted over 9 months.  Following successful mitigation he did not receive a sentence of detention;

R v S – Litigated in this matter wherein the defendant was a vulnerable and mentally disabled defendant accused of rape, a successful application was made to stay the proceedings as an abuse of process;

R v H – Litigated in this matter where the defendant had been prosecuted for false imprisonment and dangerous driving, obtained expert psychiatric evidence to show the defendant was not of sound mind at the time of the offence and the case was discontinued;

R v C – Successfully litigated in the defence of a defendant accused of a series of rapes against two ex-partners and an attempted rape against another.  Following an in depth analysis of the defendant’s telephone download and his social media accounts information was obtained critically undermined the complainant’s account.  The defendant was acquitted following trial;

R v P – Represented a Sergeant accused of a sexual assault.  Multiple defence enquiries revealed that the case had not been thoroughly investigated by the RMP;

R v H – Represented an Airman accused of burglary.  Following successful negotiations with the Crown the charge was reduced to theft and following successful mitigation a fine of £200 was imposed instead of dismissal which would usually be expected in the armed forces for such an offence.

R v I – Represented a Sergeant at Court Martial accused of theft where the Prosecution purported to have a very strong case. Following trial the defendant was acquitted.

R v L – Represented a Corporal at Court Martial accused of theft of a mobile phone belonging to a civilian which was found in his room. Acquitted following trial.

R v H – Represented a defendant in the Magistrates’ Court charged with assault occasioning actual bodily harm and accused of stabbing her partner 3 times in his back with a knife. Acquitted following trial.

R v B – Represented a Lance Corporal in the Court Martial Appeal Court appealing a sentence of detention for assault occasioning actual bodily harm where the length of sentence imposed coupled with demotion was addressed. 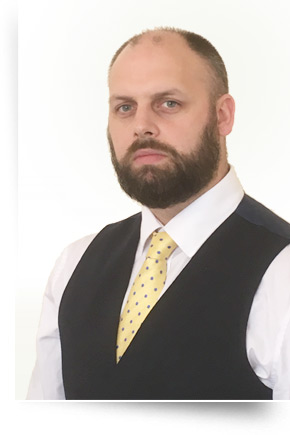