Nick qualified as a Solicitor in October 2003 and has practised solely as a criminal practitioner throughout his career. He is a qualified Duty Solicitor for both police station and Magistrates Court representation.

Nick has represented clients at the police station for all manner of offences, from lesser offences to the most serious, including murder, rape, attempted murder, drug supply and wide ranging conspiracy to supply.

Nick has a proven track record at the Magistrates Court of obtaining bail for clients charged with serious offences and has a high acquittal rate in cases going to trial. Case preparation is meticulous and Nick ensures that clients are always fully informed of all aspects of their case. He always has his clients best interests at heart.

Nick has extensive experience of representing clients in the Youth Court. He has represented youth clients on serious matters such as robbery and sexual offences.

Nick has a wealth of experience of Crown Court cases and has litigated in complex, serious and sensitive cases dealing with a high volume of evidence. He actively liaises with Barristers and Expert Witnesses to ensure that the best possible defence case is presented to the Court.

Nick has represented many clients in the Magistrates Court who have been charged with road traffic offences, a number of whom were professional drivers. He has successfully argued Exceptional Hardship Applications and Special Reasons Applications which have resulted in clients keeping their driving licence despite accruing twelve penalty points or more. One such successful application ensured that a Taxi company was able to continue operating.

R v G, litigated in a matter where a Solicitor was charged with fraud.

R v B, litigated in a matter where the defendant was charged with murder set against a backdrop of domestic abuse. A plea to manslaughter was obtained and the defendant avoided a custodial sentence.

R v B , litigated in a matter where the defendant was charged with rape. Expert evidence was obtained following analysis of the complainants mobile phone and social media which undermined the prosecution case. The case was subsequently withdrawn by the Prosecution

R v S, litigated in a matter where the defendant was a company director in a prosecution brought by the Environment Agency. This was a complex and high value case. Helped to secure a partial acquittal and crucially the defendant avoided a custodial sentence.

R v S, represented four defendants at trial who were charged with assault and public order offences. Following cross examination of prosecution witnesses and legal submissions, the Magistrates dismissed the case against all four defendants.

R v S, represented a defendant charged with Assault Occasioning Actual Bodily Harm in what was an allegation of domestic violence. Nick represented at trial and cross examined complainant and professional witnesses. The defendant was acquitted after trial.

R v S, represented a defendant who had been charged with assaulting a police officer which had allegedly taken place at a police station. Nick drafted and presented an application that the case was an abuse of process due to police failure to preserve and disclose CCTV. Following legal submissions the District Judge dismissed the case against the defendant. 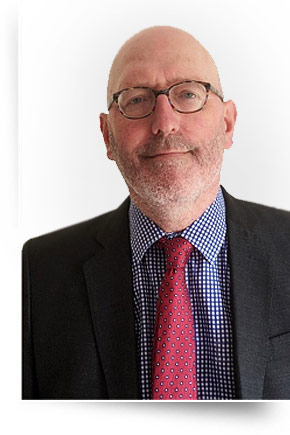