Elizabeth qualified as a solicitor in April 2016 and joined Meikles in 2018. Prior to this she spent seven years working at a local firm practicing in the fields of Criminal and Mental Health law. She is an experienced solicitor who has dealt with a wide variety of cases within both fields. She regularly attends at local custody suites and represents those detained, and alongside this she has represented numerous service personnel during Interviews Under Caution both in the U.K and abroad.

Since qualifying, Elizabeth has worked on a number of serious criminal cases which, of note, include murder, manslaughter, conspiracy to supply drugs and high value fraud cases.

Elizabeth regularly attends at local Magistrates Courts and is experienced in the Youth Court; she is a qualified duty solicitor and enjoys the range of work that this brings. Priding herself on being able to deal with any type of criminal offence and focusing on clients’ needs, Elizabeth values building a rapport with clients. She understands that to many, involvement with the Police and Courts is a daunting experience; her priority is to ensure that each client receives accurate legal advice but, in a context, which offers them the maximum reassurance and support.

Through her qualifications as a Mental Health Solicitor (see below) Elizabeth has a wealth of experience in acting for those with additional needs. She takes an avid interest in matters concerning Mental Health and has a number of local professional contacts who are able to commission reports if required.

Throughout her career Elizabeth has dealt with cases which have required consideration of independent expert reports; she had conducted matters where the Defence have challenged cell site analysis, mobile phone records and considered fitness to plead. She prides herself on meticulous planning and early identification of potential trial issues.

Elizabeth regularly represents clients in the Magistrates’ Court for Road Traffic matters.  She is confident in assessing and advising on special reasons arguments and exceptional hardship applications.

Elizabeth has represented numerous service personnel from all backgrounds during her career. She has attended interviews conducted by the Army, Royal Air Force and Navy, travelling to Cyprus and Gibraltar in order to do so. The firm itself has personnel who have travelled as far as Kenya in order to advise those accused of a criminal offence or associated offences under the Armed Forces Act 2006.

From a service background herself, Elizabeth has an awareness and understanding of military life. She has a keen interest in Military proceedings and looks forward to gaining further experience in representing clients at the local Courts Martial Centre in Catterick Garrison.

Elizabeth began attending at Hospital Managers Hearings early on in her career and now has over six years’ experience in doing so. From here she went on to complete a Post Graduate Certificate in Mental Health Law and is now an accredited member of the Law Societies Mental Health Panel. This accreditation means that she is able to attend and represent patients at Mental Health Tribunals.

With a wealth of experience representing those clients who may be in hospital voluntary, or subject to a Section 2, Section 3 or a Hospital Order; Elizabeth is confident in advising as to a patient’s legal rights and their ability to challenge their detention or apply for additional S.17 leave. She is always honest with clients about their prospects of success in order that they can make informed decisions regarding their case.

Alongside representing clients who are detained Elizabeth has experience in applying for deputyship in regards to finances/ health decisions for those who are deemed to be lacking in capacity. Whilst this is not predominantly one of her roles moving forward, she is always happy to offer advice or sign post to a relevant team member in this regard.

Elizabeth has a number of longstanding clients within this field of law and looks forward to building upon this further through her career at Meikles.

R v M – Represented defendant accused of Murder from the initial Police Station attendance through to the conclusion of the matter at the Crown Court (as Litigator). Made successful representations for a charge of Manslaughter which were eventually accepted; ascertained the need for a psychiatric report and had such commissioned.

R v M – Represented a defendant at the Crown Court who was accused of kidnap. Successfully obtained hospital order on the basis of defendant’s mental health.

R v K – Acted for a client charged with involvement in a multi – million pound fraud; successfully made representations that he was not a ringleader in that operation and made no financial gain himself, as such client received community order rather than a custodial sentence.

R v S – Represented a Youth Naval Officer in Cyprus for an Interview Under Caution regarding allegations of assault. Received the request for legal advice at 11.00am and left immediately. Following representations, No Further Action was taken.

R v O – Successfully defended male accused of assaulting his partner. Complainant and Defendant were the only witnesses; acquitted after trial.

R v C – Represented Defendant accused of Grievous Bodily Harm against a child throughout numerous Police Station interviews. Following advice and representations based upon denials made in those interviews case was eventually dismissed.

R v R – Represented couple charged with theft, challenged CCTV evidence and made legal argument regarding such. Legal argument was successful and the matter was withdrawn. 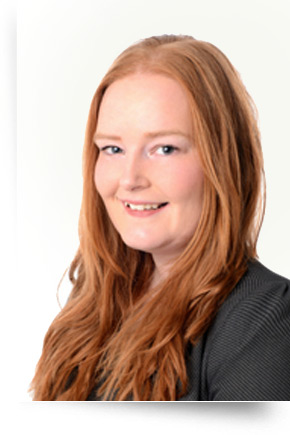